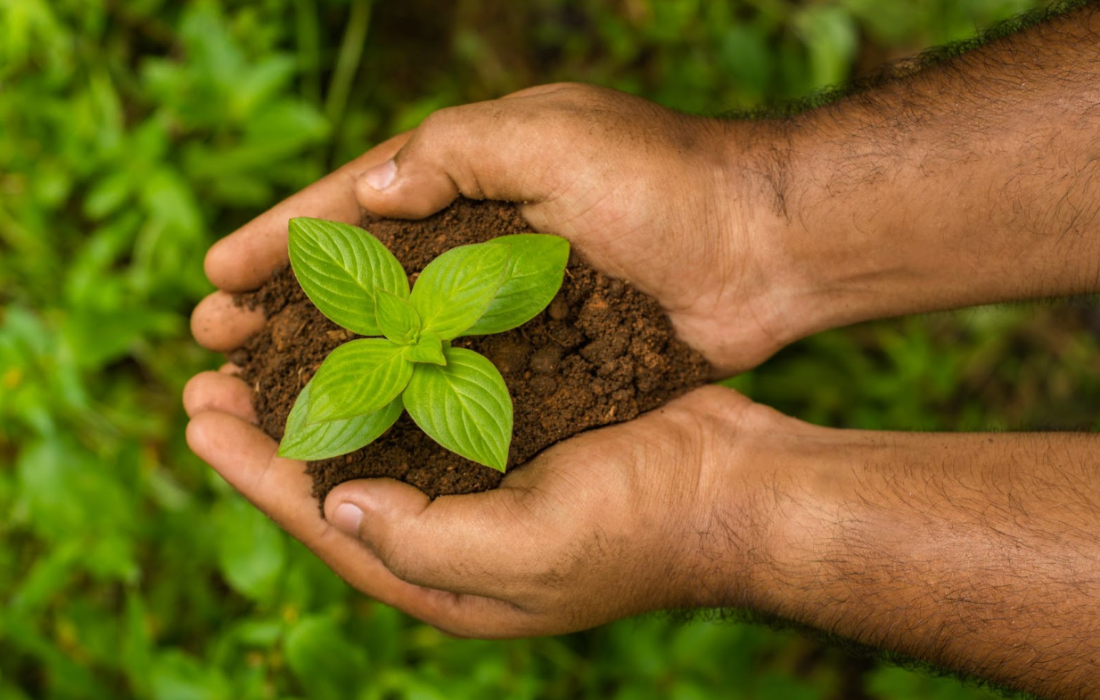 Every Day is Earth Day

Since 1970, Earth Day has been celebrated in the United States, having spread to over 190 countries ever since. Proposed by Sen. Gaylord Nelson, it was originally a way to raise awareness and promote action against ​​air and water pollution in America, which up until 2005 had the largest carbon emission of any country in the world. But with over 50 years of history, and much having changed in the global scenario, the Earth Day remains a relevant and necessary reminder that there is no waiting when it comes to taking action. On that note, we gathered 5 key facts that are important to know on Earth Day:

On one hand, the gift of living on a planet that hosts a myriad of forms of existence, taking and providing energy to it all in a movement of continuous balance is something that deserves commemorating with honor and gratitude. On another, Earth Day misses its celebratory tone when you remember the reasons that made it exist. If you look up earth day today, though, a good portion of articles and mentions of it in the media will gleefully gloss over the perspective that the current rate of resource consumption is unsustainable and already impacting the people - much like Brie and Jack did, the iconic anchor duo from Adam McKay’s Don’t Look Up. While it is crucial to remain hopeful and be joyful when joy is due, it’s important for us not to lose sight of the fact that the deterioration of this planet is no idle threat. The point isn’t to get us down - it is to remind us to fight for the only place that we will ever know.

… but that doesn’t mean you shouldn’t still do it. The idea that the average consumer is somehow personally responsible for the water waste and pollution (and other forms of resource misuse) that drives climate change further is not only false, but also unfortunately ingrained into public discourse. The agriculture industry is alone responsible for, on average, 70 percent of global freshwater withdrawals, all the while we still hear about only washing clothes once they start smelling to save the planet, which places us in a weird dystopian position. However, it is still our duty to pay attention to consumption habits, because…

The notion that there is no ethical consumption under capitalism is often interpreted as “whatever I do will not make a difference, therefore I shall do as I wish”. That logic, however, is based on a false premise: that every unethical decision is equally unethical. As much as industries are responsible for the most waste, the richest 10% of the population produce over half of the world’s carbon emission - and almost one third of people in the United States fall within that group, along with citizens of other of the richest nations. Lifestyle consumption is determined by house, transport and personal product expenditure, which means that the closer you are to the “top of the society”, the more your actions and personal decisions will make a difference for better or for worse. So, as much as change comes from above, gaining knowledge on, for example, how your food ends up on your table, where it comes from, who makes it and who that impacts is vital to contributing to a better outcome.

Individualistic values, which are prevalent in current western society, bring many good things. It allows for personal freedom, diversity of expression, and in many cases contributes to innovation. However, individualism as we see it nowadays has in part led to a decline in mutual support and solidarity. Bauman’s “Community” denounces this by demonstrating how a growing lack of acquaintance with neighbors (be it next door or in different countries) has led to us turning our backs to a natural inclination towards unity that was far more common in the past, and still is in certain societies - this makes it easier for people to avoid accountability in favor of personal comfort. In turn, a growing sense of responsibility and familiarity with our global community feeds the desire for connection that fuels empathy and change. This very sentiment is found in many important thinkers’ works, such as highlighted in a previous post on Bell Hooks by Alex Norman. Ultimately, the disengagement of the people facilitates inequality and hinders systematic change, making it a crucial strategy of current Capitalism. When it comes to Earth Day, the attempt to disengage the people has, in a lot of ways, succeeded where it matters the most - meaning, where the most influential political decisions that determine our planet’s future are made. But…

As much as it may seem to some that at this point there is nothing to be done, and that waiting and accepting a grim fate is only logical, that is not completely accurate. Yes, things will become more critical, but it is likely that at least a liveable future is already guaranteed considering current trends. Technologies like carbon capture already exist and are likely to develop rapidly in the upcoming years. As of 2022, coal cannot compete with cleaner energy sources such as solar electricity, which is today cheaper than any other fossil-fuel burning power plant. All of that is good news, but it will only make a difference if we actively work to push for change. While it is not directly up to the Janes and Joes of the world to decide what is done globally, we are billions of people with the power of choice. Along with minding our personal carbon footprint, we need to actively seek information, promote critical thinking and demand action. An informed, educated and politically invested society is much harder to subdue, and if disengagement is a control strategy, so are despair and hopelessness. With that, it is worth taking inspiration from fellow humans such as photographer Sebastião Salgado’s impressive reforestation project, or even popular YouTubers’ multiple successful environmental campaigns. Finally, honoring the social and political climate that helped originate Earth Day in the first place, we must remember: through love we may succeed.

An Insights-Based Approach: Overcoming Challenges of the New Market Research Reality
CONTACT US